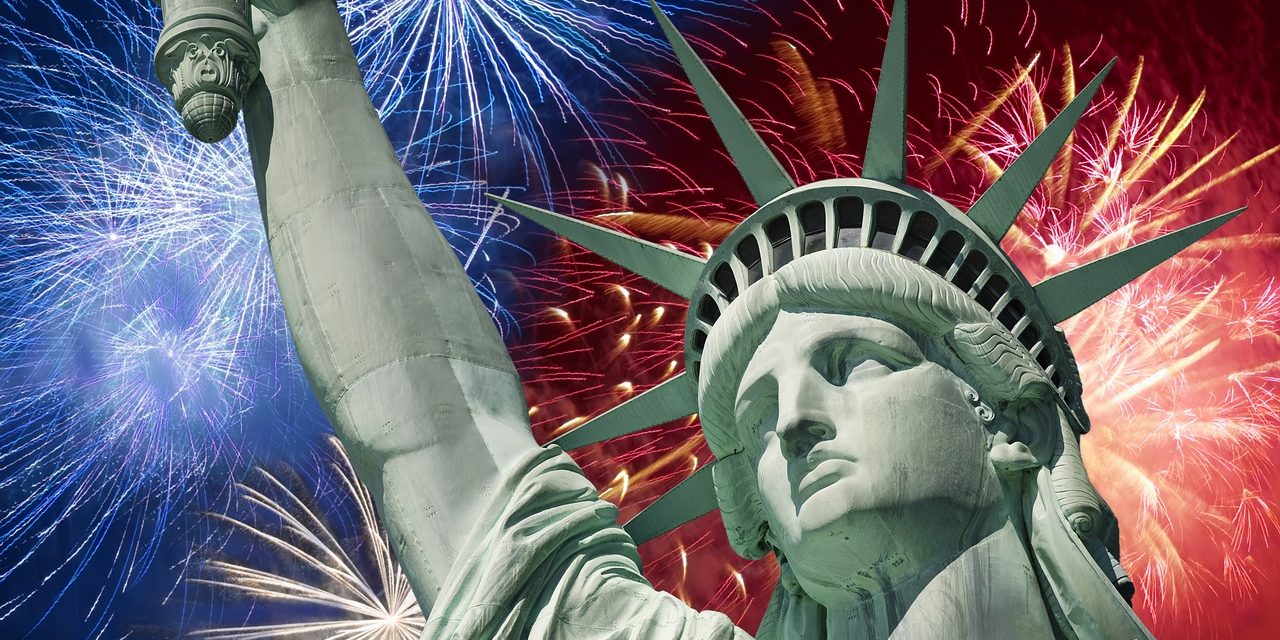 Wednesday, July 4th, is our nation’s 242nd birthday. It was on this date, in 1776, that the original thirteen colonies declared independence from the British empire by signing the Declaration of Independence, a document primarily penned by Thomas Jefferson, in the Pennsylvania State House, now known as Independence Hall in Philadelphia, PA.

The dates associated with the Declaration’s signing have always been in dispute, since the Second Continental Congress actually approved the resolution on July 2, 1776, and, the document was not completely signed until August 2, 1776. It has been noted that only John Hancock signed the Declaration on July 4th. However, the July 4th date has always been recognized as the official date, as reflected on the Declaration of Independence.

Benjamin Franklin proposed the turkey as the national bird but was overruled by John Adams and Thomas Jefferson, who nominated the bald eagle.

At military bases, a salute of one gun for each state in the United States, a “salute to the union”, is fired at noon each Independence Day.

A favorite farmer’s saying is “knee high by 4th of July”, referencing the optimal height of their corn crop.

Each year, thousands of frightened pets run away during firework celebrations, and, the safest option is to leave your pets at home. Grand County is currently in Stage 1 Fire Restriction status and use of fireworks is strictly prohibited. This 4th of July, leave the fireworks to the professionals.

Here in the US, the 4th of July is a federal holiday, and many enjoy the day off by attending parades, picnics and parties, often followed up by firework displays. In Grand County, celebrations abound as we celebrate our nation’s birthday – we hope you enjoy the day.

4th of July in Grand County has events for all

There’s no shortage of fun events to choose from in Grand County on the 4th of July. Below is a list of the various opportunities available to celebrate our nation’s independence.

The Rendezvous Events Center hosts the annual celebration in downtown Winter Park. The Winter Park Fraser Chamber of Commerce will have inflatables, face painters, carnival games and more, starting at 6 pm. The event will also feature live music by Judd Hoos, an American Rock Band, performing from 7-10 pm, and fireworks at 10 pm round out the event. For more information, visit: playwinterpark.com.

The LA Times recently featured the Granby 4th of July celebration in a segment listing “where to find maximum fun” for your 4th of July. This year’s “Back to the Beach” themed celebration kicks off with a Family Bike Parade on Tuesday, July 3 at 11 am. The route is an easy 3 mile loop through downtown and will start and end at the new Granby Visitor’s center. Participants are encouraged to decorate themselves, their bike, pets and anyone else “you can drag along with you”!

On the 4th, the parade, featuring the famous Westernaires, starts at 11 am and is followed by the Fourth Fest at Polhamus Park, a performance by the Westernaires at the Flying Heels Rodeo and fireworks at dusk.

Local businesses and the community come together to put on the annual 4th of July fireworks event. Enjoy dinner and live music at venues around town and then get a seat lakeside to enjoy the fireworks from the barge on the lake. The Town needs volunteers to help unload firework racks on Monday, July 2 from 9-10:30 am. Contact Erin O’Rourke at code@townofgrandlake.com if you’re available to help out.

Kremmling’s Fire up the Cliffs

The Town of Kremmling goes all out with a Block Party from 2-5 pm, a BBQ picnic, pie sale, beer garden, a water fight with a huge slip n’ slide and live music, from 5-10 pm, with fireworks on the cliffs at dark. Visit: kremmlingchamber.com for all the details.