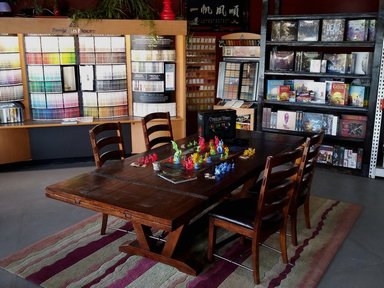 For over ten years, George Wylie and his staff have been the community’s ‘go to’ for paint and supplies in the Fraser Valley. Wylie’s expertise on painting in the high country lends itself to many successful indoor and outdoor projects, both small and large. 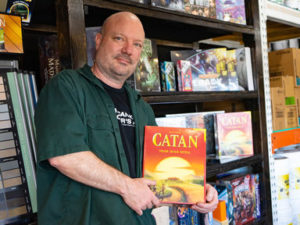 Over the past several months, Wylie has found a way to mix his primary business with his secondary love of games. He started off simply, adding an array of adult coloring books to go alongside the art supplies. The books were an instant hit! It was then, upon realizing there was nowhere for locals to find their favorite board, card or role play games, he carved out a section of his storefront and began stocking the games that were previously unavailable in the community.

Now, in addition to all your paint supplies, you will see all your favorite boutique board, role play and trading card games in stock at Wylie’s Paint & Games in the Fraser Valley Shopping Center. From Settlers of Catan, Dungeons and Dragons to Magic the Gathering, you can find all your favorite games and expansion packs locally.

Wylie hosted his first monthly Magic Draft Night in early June and the response from local gamers was huge. He is also offering local gamers ‘table time’ after hours on Thursdays and Fridays. To find out more, stop by the shop or call (970) 363-7079.