Rendezvous has a Director of Adventure, and she’s something of a gnome guru, too 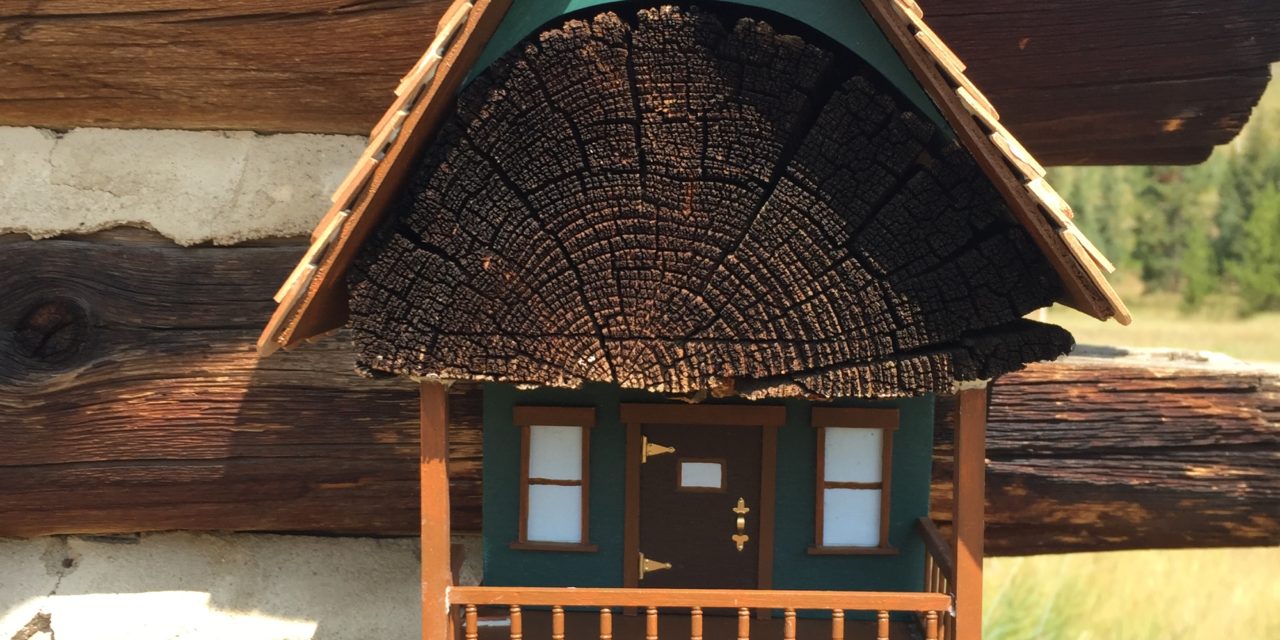 Laurie Chaubandour lives part-time in Rendezvous Colorado, a Winter Park resort neighborhood. However, when she’s there, it’s more accurate to say that she lives outdoors in Rendezvous, because that’s where adventure lives – which is very important to the official Rendezvous Director of Adventure.

No kidding. That’s Laurie’s job. And if you think it sounds fun, Laurie will tell you it is, along with a lot of work: “My mission is to come here and give residents an incentive to arrive, hang up their keys and go outside and recreate. That’s my ultimate success indicator.” 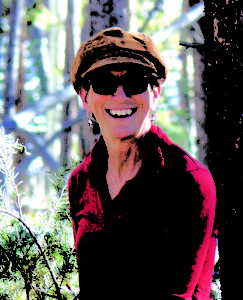 Laurie won the job because of her credentials: She’s a landscape architect, which is important considering the significant planning, maintenance and expansion aspects of Rendezvous’ extensive community trail system that rambles over some 10 miles of stunning mountain terrain, connecting with Grand County and National Forest trail systems that make hikers, mountain bikers, snowshoers and wanderers feel there’s no end.

Laurie admits she had an inside track on the job; she’s extremely well connected with Koelbel and Company, the Rendezvous developer. Her brother, “Buz” Koelbel, is President and CEO of the family-owned firm founded in 1952 by their father, the late Walt Koelbel.

“My sister has had a strong work ethic since she was a kid,” said Buz. “Cap that with her career credentials, unbridled passion and she would be a great candidate in anyone’s book.”

Laurie’s also something of a gnome guru, but more on that later.

Buz added that Rendezvous, set on 1,100 acres of mountain beauty, was designed for trailside living, “…which is more than a marketing slogan. It’s at the heart of everything we do, from out-the-door fun to accessing fishing spots, the community fire pit, friends and neighbors.

“Some residents say it’s also the ultimate trek to downtown Winter Park. We needed someone to maintain a constant focus on that core aspect of Rendezvous living, and Laurie’s absolutely devoted to the concept.”

Rendezvous trails are open to the general public year-round, so Laurie ensures that selected trails are groomed for winter fun. Visitors can even pick up s’mores kits in the Rendezvous Sales Center to enjoy around the community fire pit while gazing at starry skies. Loaner fishing poles are also available to dip into stocked Mary’s Pond, while onsite fly-fishing sweet spots are accessible, too.

There’s even a Rendezvous Trailside Wellness program for fitness enthusiasts of any age and level. The unique exercises employ online videos that can be downloaded to demonstrate workouts at specific junctures along designated trails. Integrating nature and fitness, this unique holistic program can be previewed online at rendezvouswellness.com.

“This is a long-term job,” Laurie says. “Launched in 2002, Rendezvous will be opening new residential sections for years to come, which means our trail system will continue growing, too.”

Because of mountain trail protocols and intersections, Laurie’s work inevitably overlaps with community groups, trail alliances, the Forest Service and volunteers. Currently, she’s participating in a planned upgrade of the Meadow Trail which includes a stretch of Rendezvous terrain and is the main access route into the popular Idlewild Trail System. Besides general trail improvements, the project scope of work includes tentative plans for a bypass to eliminate two road crossings altogether.

“It’s all part of making Grand County the hottest destination for mountain adventure, which is great for everyone,” says Laurie.

And that’s where the gnome homes come in; they’re small charms in a big plan. Over the past year, hikers on Rendezvous trails have spotted a couple of intriguing gnome homes, although you won’t find them on any trail maps, “…and that’s by design,” says Laurie.

“I set out to do something grandiose on the trails, until I realized I didn’t really have a grandiose idea,” she laughs. “So, I settled for a Wow! factor instead. I call it ‘unnatural encounters.’ A surprise when you come around the corner, see a gnome home in the wild and go Wow!” 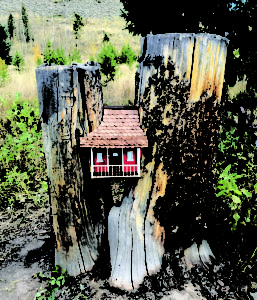 The little dwellings don’t do or seek anything; they’re just products of ancient folklore – Scandinavian in origin, just like the Koelbel’s maternal grandfather, Carl Norgren, who came to the Fraser Valley for his health in 1912. Norgren became a significant figure in Grand County history as a partner in Byers Peak Ranch, befriending President Dwight D. Eisenhower who favored the ranch for vacations during his two terms in office in the 1950s.

Exploring her family’s heritage, Laurie spent several weeks in Sweden and Norway after graduating college, where she became enthralled with gnomes while “living the folklore” over the Christmas season. Legend has it that the little people live in the locals’ houses, barns and cabins and act as secret guardians of the properties. Treated well, they protect families and animals from evil and misfortune, but they’re known to be short-tempered, especially when offended. Then they play tricks and steal items, but all they really want is their Christmas bowl of porridge, which Laurie found a delightful ritual.

Laurie personally designed and crafted the beautiful Rendezvous gnome homes in her workshop. While there’s no set schedule, she hopes to grow the gnome community over time. More importantly, she invites hikers to enjoy the homes and share the gnome story with others, helping the Rendezvous gnome community to become an appealing part of Grand County adventure and lore.

And while gnomes are elusive little people, some claim to have seen a flash of the wispy figures on the trails, so Laurie’s interested in hearing of any gnome sightings by Rendezvous hikers. She can be contacted via the Rendezvous Sales Center staff at 77795 U S Hwy 40 or at 970.726.5177.