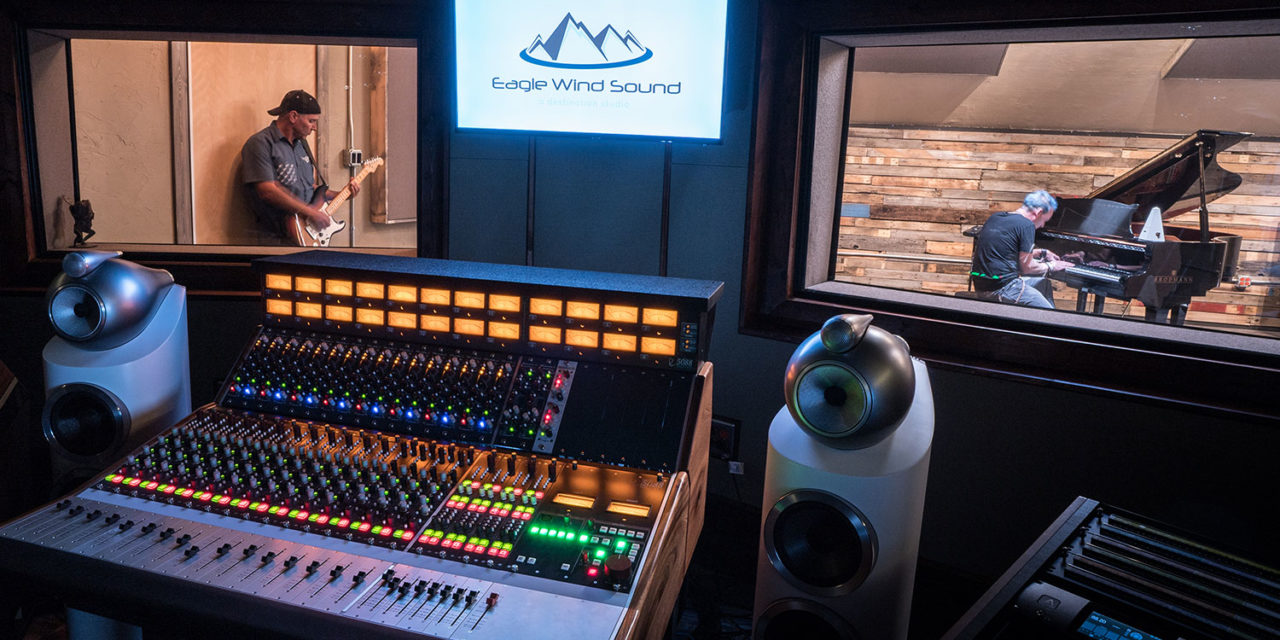 Eagle Wind Sound Company of Winter Park is perched on the edge of greatness and ready to swoop into the music scene in a couple weeks.

The destination recording studio is the brainchild of producer / musician PJ Olsson (Grammy-Award nominee who’s been the lead singer with the Alan Parson Project since 2003) and Tony Rosacci (lead musician with local band Tone and the Vibe, and entrepreneur real estate agent). “We’re trying to put music into this world,” Rosacci beams, “and we want to share.”

Olsson plays a variety of instruments, and has released three albums so far (readers may recognize song “Visine” from album “Beautifully Insane”). He’s also soared alongside big names like Rufus Wainright, Train, The Flys, Ben Harper, and Nelly Furtado. As is his way, Rosacci explained, Olsson is “always on.”

Rosacci, who plays acoustic, electric, resonator and Dobro guitars; ukulele, and some drum and percussion, has been one of the five Telluride Blues Challenge finalists at the last two Blues and Brews festivals. Music has been a big part of his life, and building this studio fulfills a lifelong dream for him.

It’s crazy to think that the idea took flight just under a year ago, Rosacci said. Their daughters graduated high school together and Olsson produced Rosacci’s album last year. “The project grew within itself,” Olsson said. “Alan opened up some gear options and the momentum followed.” And, they said, “No matter what, we’re gonna do it right.” They set up a business plan, raised some of the funds, and are set to open August 15.

The two started the demolition and groundwork in February, with the framing going up in April. So far, they estimate they’ve put in more than 10,000 work hours on the studio among the two of them, the tradesmen and volunteers.

There’s been “a great spirit of helpfulness,” Rosacci said of the group, “and a lot of hard work and encouragement.”

Legendary British electronics and soundboard engineer Rupert Neve, semi-retired and 92 years young, personally oversaw the creation of Eagle Wind Sound Company’s soundboard, a 5088 Shelford. (He won a Technical Grammy Award for his professional audio recording equipment and is one of the most trusted names in audio).

“It’s the Ferrari of mixing boards,” Olsson said. One of the Neve Web sites explains that not a single signal path is compromised in the Shelford 5088, and that items can be “added or removed to meet constantly changing demands … If you don’t need it, your console doesn’t need it either.”

Eagle Wind’s upscale space is also set to nurture the custom talents of A-list artists, as well as local budding artists, and Front Range bands. Parsons has agreed to be one of their first clients after testing this past spring, and Eric “Oly” Olson is set to record a couple songs when he visits in August. Also on the list are Weston Smith and Claudia Hinsdale.

“We’re catering to as many artists as possible, as well as producers and engineers,” Rosacci said. “We can do anything anybody wants,” Olsson added, and the two are bringing back analogue. “It’s so incredibly clean that it weirds people out.”

The pallet wall pays homage to 1920s Mississippi blues and musician John Hurt (“Make Me a Pallet on the Floor”, Rosacci explained, and has diffusing qualities. So do the moss rock, triple walls with airspace, and floated floors. All were “intentional choices.” Stansill calculated every angle that went into the studio, and the humidity is kept at 40 percent, monitored closely through a humistat. 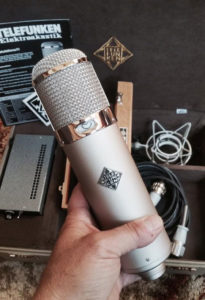 Eagle Wind Studios features top end equipment for those who record there.

If they were going to build the studio, Rossacci said, they had to “have it at its very best.” Musicians will find Bock IFET, Neumann and Telefunken microphones, a baby Grand piano, Tama maple shell drum kit, vintage guitars and amplifiers — “everything super cool,” Rosacci adds. “Everything has to be at that level.”

They guesstimate at least of 15 percent of the materials used for the build were recycled / reused / repurposed, including the local timber, rock and other building materials.

During the Grand County Blues From the Top festival in June, Rosacci was able to give a sneak-peek tour and practice space to some of the headlining musicians, including Jimmy Vivino, Dany Franchi, and Kate Moss.

“What a great space!,” Moss said. “The crew was still putting the finishing touches on the beautiful studio, but I remember the excitement of having a new recording facilty in Winter Park – and I can’t wait to get back there!”

“We think this studio will be a great cultural addition to the Winter Park community,” Rosacci said. “Music is the most important language in the world. (We’re) making the world a better place with music that will last forever.”

Check them out on Facebook and Twitter. To book the studio or for a private tour, call (970) 363-7725, or email eaglewindsound@gmail.com.