It’s all about Community 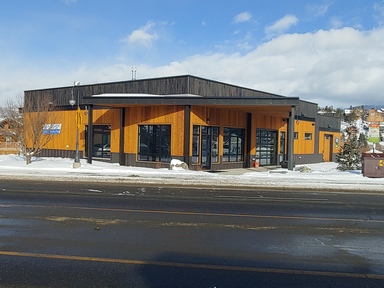 Photo: Fraser Valley Distilling is located on US 40, in the heart of FroDo     Photo courtesy of Barry Young 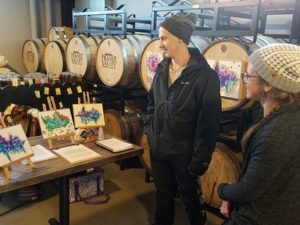 Artist Jules Looney shows her work to Benji Bryant, of Fraser, in the Barrel Room at Fraser Valley Distilling on Artful Afternoon

Last Sunday, Fraser Valley Distilling launched its first “Artful Afternoon”. Set up in their Barrel Room, local artist Julie Looney showed her original watercolors and prints, artfully displayed on easels and barrels, to visitors that came through on Sunday afternoon.

Fraser Valley Distilling owner, Debbie Young, said her daughter, Rebecca Rudell, came up with the idea for Artful Afternoons. The exhibit is open to artists of all mediums, and, ideally, they would like to feature two or three artists on Sundays. Fraser Valley Distilling does not charge for the single day space, nor do they collect any percentage of the sales, and, there is also wifi available for artists to set up interactive displays. “We want it to be easy, not a hassle for the artists”, said Young.

Owner, Barry Young, said that he had made a promise to the community to support the arts when their final plat was approved by the Town of Fraser in 2017. This summer, the Distillery will supply power and water to the town’s first Mural Festival, to be held on the site of the Creative Arts Center, adjacent to Fraser Valley Distilling.

Artists and creators interested in showing their work on Sunday “Artful Afternoons” are encouraged to contact Fraser Valley Distilling at (970) 363-7792.

Owners Barry and Debbie Young did not initially move to Fraser to start a distillery. The idea was brought to them by their daughter, Jenna, a microbiologist who’d grown interested in the business after seeing a group of friends’ success with opening a distillery in Detroit. Barry and Debbie liked the idea and agreed to pursue it “as long as it was done in Fraser”, said Debbie.

In 2016, Jenna left the world of research science to study the art of mixology. Her science-based approach adds a great twist to their spirit offerings. All of the drinks served at Fraser Valley Distilling are personally created by Jenna, using ingredients such as the zest of organic spirits, the juice of the fruit and homemade tonic water in her handcrafted cocktails. 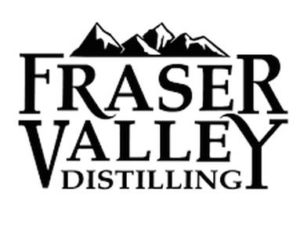 In the kitchen, their son, Michael, ensures that nothing goes to waste. The grains from the distilled spirits are donated to Devil’s Thumb Ranch and used to feed cattle. In turn, Devil’s Thumb Ranch sends beef bone to the kitchen for use in broth. Michael also sends food scraps home with an employee who uses it to feed her chickens.

“We are way into sustainability and the environmental side of things”, said Michael. He explained that farm to table is challenging, given the short growing season in the Fraser Valley, but they have found an organic distributor in Denver that fills in when local produce is not available. The goal is to use the best ingredients possible. “We use great care in how we source our ingredients”, said Michael. All cooking is done from scratch. “We really care about the quality and sustainability of the food we serve.”

One thing you might notice missing from the menu is hamburger and prime cuts of meat. “These require the most energy-intensive production and do not meet our commitment to sustainability”, said Michael. As an alternative, they offer the Impossible Burger, made from pea protein and vegetables, which is much less energy intensive to create. Michael also cures meats, such as pastrami, onsite. “We want to be responsible, go back to the basics and give people amazing food”.

Daughter, Rebecca, handles the marketing and advertising for Fraser Valley Distilling. She moved here with her husband, Edmund Rudell, and son, Ryder, to help out with the new family business. Edmund works as a server and also helps out with sales and distribution. 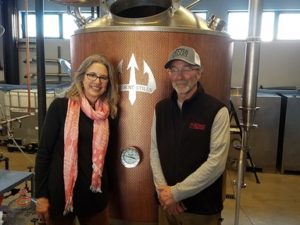 Fraser Valley Distilling owners, Debbie and Barry Young, stand before their still, built by Trident Stills of Etna, ME

Debbie beamed, “It’s wonderful to have the whole family here”, adding, “the best part is that I have my grandson here all the time”.

While the staff includes all the members of their family, they also have a staff of “the best employees in the Fraser Valley”. Debbie said, “Most importantly, we want our employees to be happy – our employees come first”. She told me it is their philosophy that happy employees create a great vibe. “When people come in, we want them to feel that vibe”.

The whole process took over three years, and it took 13 months to raise and finish the building. Fraser Valley Distilling opened softly on December 1. “We wanted to be ready”, said Debbie, adding, “to maintain the level of quality and service we want to give all of our customers”. Debbie told me that, so far, it has been a hit with the locals and the visitors that have stopped in.

Fraser Valley Distilling also offers tours of the Distillery. Most of the distilling equipment was built by Trident Stills, in Etna, ME. The Barrel Room has storage for all the spirits they create onsite, hosts Artful Afternoons, and can be rented for events such as rehearsal dinners, parties and meetings. In summer, they will also feature patio dining.

Fraser Valley Distilling is an exciting new addition to downtown Fraser, providing a unique dining and drinking experience to the Fraser Valley. They’re open from 4 – 9 pm, Thursdays through Saturdays, and, from 12:30 – 5 pm on Sundays.

Artful Afternoons… about the artist 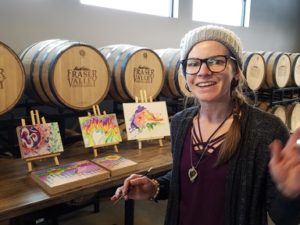 Julie Looney graduated from the University of Nebraska – Lincoln in 2011 with a degree in Fine Arts. Shortly thereafter, she moved to Winter Park and took a seasonal job at the resort. Since then, she has risen through the ranks to managing the Tubing Hill and Hill House operations as part of the resort’s Activities department.

In her spare time, Looney paints. “It’s how I press my reset button”, she said.

While most of the artwork done at University involved oil painting, Looney prefers the use of watercolors. Not surprisingly, some of her artwork turns out to resemble mountainscapes, which was unintentional and more subliminal, given the location of her “day job” and where she lives.

Looney had just returned from an art show in Denver that featured over 70 artists at The Church, in downtown Denver. “The show went really well. It prompted me to invest the time into showing my art”, said Looney. She spent days creating unique frames by wrapping string around the wood bases that frame her original artwork. “I will definitely do this as I go from now on, because it took way too long doing it all at once”, she joked.

To learn more about her art, visit: earthtoolooney.co.