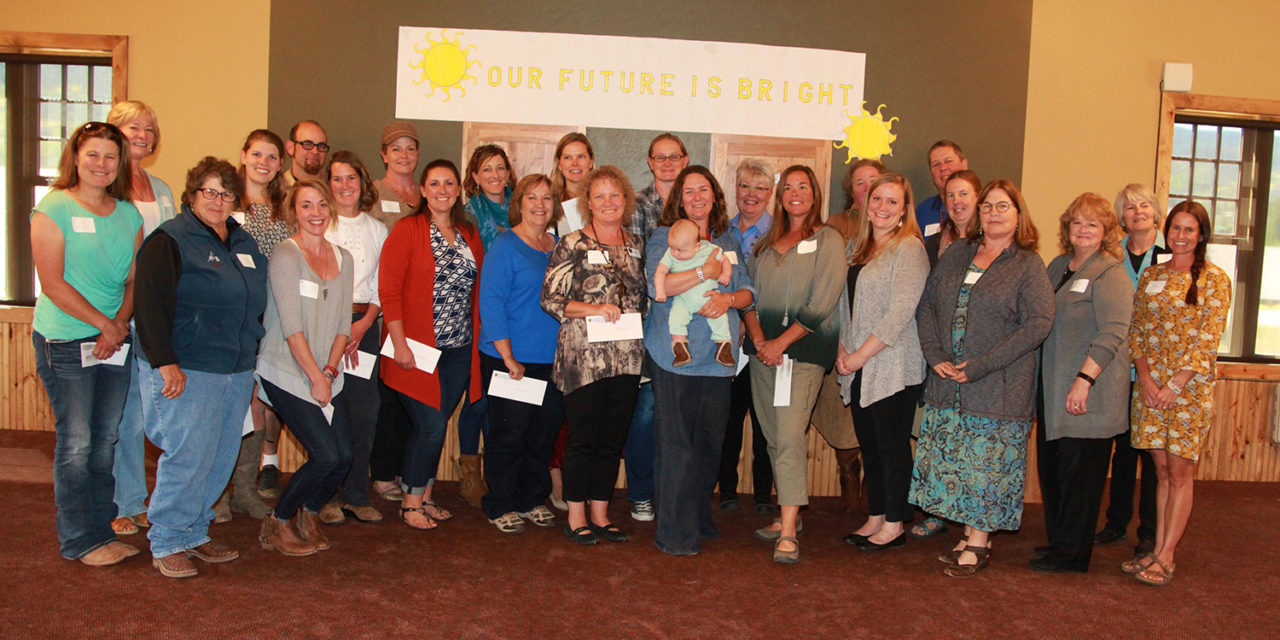 Award recipients vary greatly in their purpose and who they serve. Here’s where Lions Club reinvested in our community with the money you spent at the local campgrounds, on pancake breakfasts at the yellow Lions trailer, at the Lions annual golf tournament, on ads in the Lions Summer Brochure and their other fundraising projects:

The local libraries received a grant award for audio books, the Grand County Historical Association for youth education as well as the Middle Park High School Jazz Band. One preschool received a grant to help repair its bus while others received funding for tuition support and even snowshoes! Advocates received funding for teen dating violence awareness, Boy Scouts for a cargo trailer. Lions also supported an early intervention program for kids with speech and hearing issues at Horizons Specialized Services.
Both the Mountain Family Center and Grand Angels food banks again received funds, as did Grand County Rural Health, the local Council on Aging, Run For Independence and Project Sanctuary for veterans retreats in Grand County, and NSCD for their therapeutic riding program.

In addition to these grant awards, the Club also set aside $7,000 to help locals who are unable to afford glasses in a cooperative program with Winter Park Optical. They also donate to the Lions Eye Bank, Rocky Mountain Eye Institute, KidSight and the Lions Camp. The Fraser River Valley Lions Club is also one of the largest providers of scholarships to Grand County scholars. That’s quite a list!
Lions Club clearly does a lot in our community, but what’s Lions Club really all about? The Fraser River Valley Lions Club is the local branch of the world’s largest volunteer service club, Lions Clubs International. The Lions motto is “we serve.” There are about 1.4 million Lions Club members around the world.

People join Lions Club simply because they want to give back to their community. It’s not political, religious or oriented to business. The focus is entirely on making a contribution to the community. The local Club in Grand County makes a point of having fun and making friends while doing good.

All local Club officers and general members are unpaid volunteers. Money to support their charitable contributions is raised through work and projects rather than asking for donations. The Club is not religious or political and has about 100 women and men from all walks of life as members. Don’t think exclusive, think inclusive.

Lions Club is not expensive and membership is open to everyone. If you’re interested in learning more, check out their website at  www.fraservalleylions.org