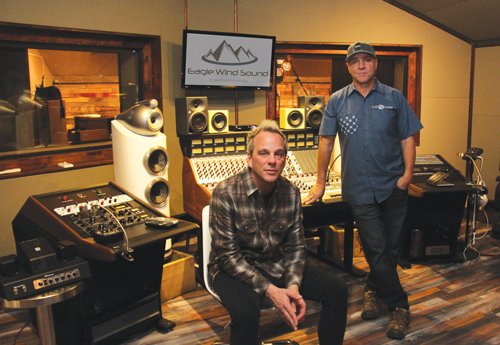 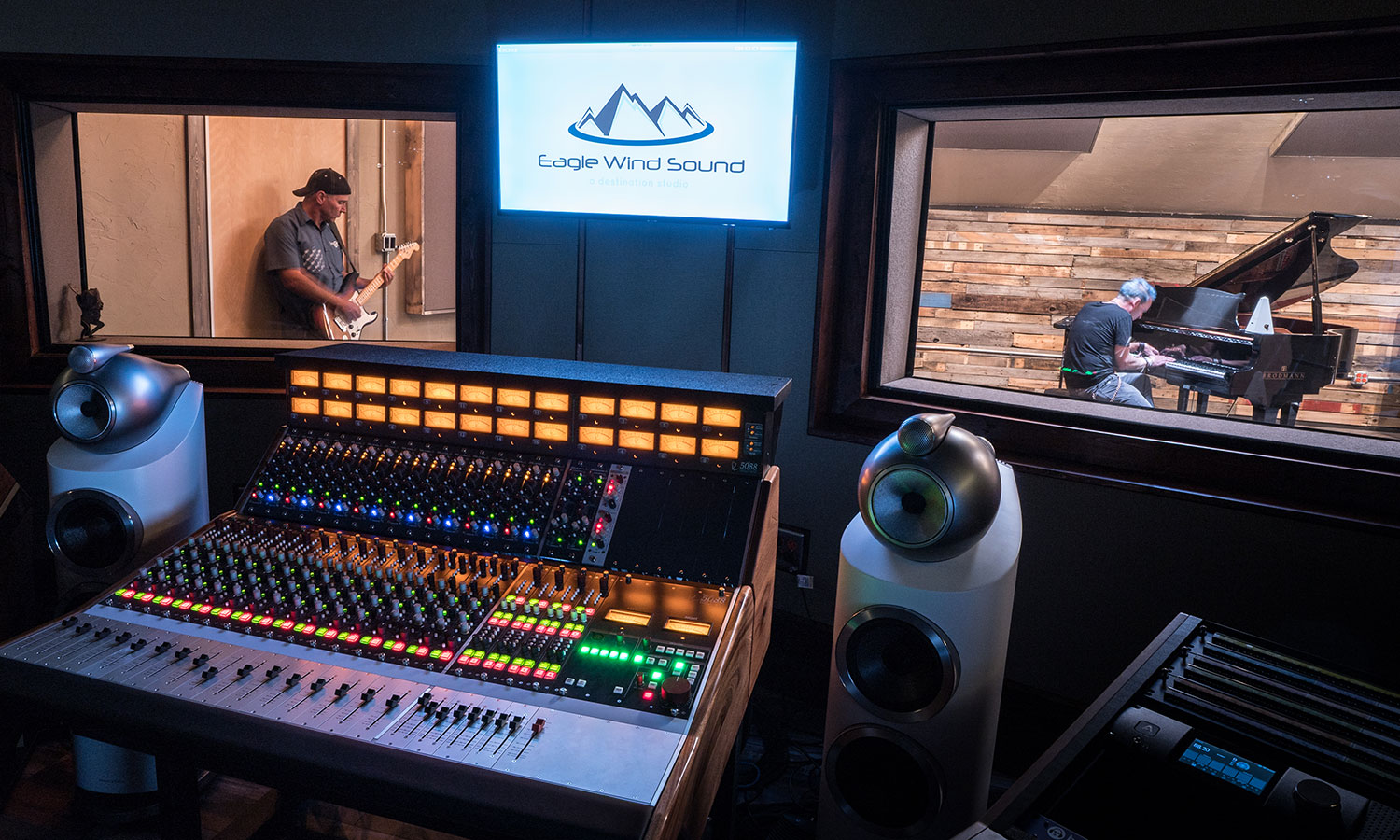 “There’s a need for this type of ‘destination’ studio for artists to spend a few  days – or a few months – allowing them to get them out of their heads and tap into the mojo of the mountains,” says Rosacci. “Recording good music will be the natural upshot, and being artists ourselves, we understand the beauty of creative work flow,” adds Olsson.

The studio’s multiple rooms are interconnected to encourage spontaneous rhapsodies; musicians can ‘plug in’ when their muse hits, whether chillin’ in the Bohemian lounge, or in the larger ‘live’ room that’s lined with vintage guitars, or in the spacious, retro control room. “It’s an inspirational space for historical performances to be captured,” Olsson says. “When artists are in the room together, there’s magic and spontaneity to it that can’t be rehearsed.”  Right now, Eagle Wind Sound’s focus is on recording music, and finding and developing great artists. They offer a 2-hour consultation prior to recording so the artist knows how to maximize productivity in the studio.

Emerging and self-managed artists should reach out if they are striving to develop to the next level. “It’s super cool to watch genuine artists – if someone is talented enough and we can expose them to the right people to develop their music, that’s what we want,” says Rosacci. Climbing the stairwell to the unassuming studio entrance makes the reveal that much sweeter – once the door swings open, it’s clear that this space’s polished resolve is everything a recording studio should be and more – including the world-class mixing console that centers and grounds the recording studio.  “Once we had our eyes set on this – the Rupert Neves’ Limited Edition Shelford 5088 Analog Board – everything else had to be at the same high caliber,” Olsson says. “It set the bar as the centerpiece of the studio, so we had to go all out, selecting top-line monitoring choices and a deluxe, diverse mic collection, then finishing the studio with a wide array of guitars, amps and classic instruments to consistently deliver iconic sessions.”

Designer Rupert Neves’ legendary equipment is known for capturing the classic quality and character of music recorded from the artists that inspired the world in the 60’s and 70’s, and though only a dozen are produced in Austin annually, it continues to be one of the top consoles used today. “It’s beautiful when you can hear the soul of a performance – that’s what happens when you work in the high-end world of recording,” Olsson says. “Many widely recognized songs were recorded on Neve Consoles in studios like RCA, Muscle Shoals, and Sun Studios.” This Neve 5088 mixing console was custom-made for Eagle Wind Sound and happens to be the only one in Colorado.

GIVE THE GIFT OF MUSIC

Eagle Wind Studios is offering 15% OFF

If you want to book a recording session or gift a recording session, now is your chance to make it happen with top professionals in a ‘state of the art’ recording studio.  The studio has a relaxed laid back feel with a collection of fine instruments, microphones and recording equipment.

The studio is owned and operated by artists that know how to get the most out of every session and truly understand creative workflow.  Eagle Wind Sound is a destination studio, an inspirational space where historical performances will be captured.

One thing these guys bring to the table is the local knowledge and expertise for inspired outings to really set the stage for inspired work in the studio, a completely inspired experience in and out of the studio.

Winner will be announced on Dec 19th for a memorable Christmas Gift Giver…..independent and self managed acts are strongly encouraged…..”we want to help elevate artists!!!!”